We had an interesting train journey to Jaipur. I’d managed to book two 1AC seats for the five hour trip starting around 9.30 in the morning. Apart from a swift taxi to the station passing pigs, cows, camels, monkeys, horses and an elephant all was looking fairly straightforward, thinking we had first class tickets.

As it happened the tickets were ‘1st class’ sleeper tickets and as we entered the small carriage we saw two bunks either side which had all been slept in. So we managed to move the used bedding from our side of the carriage, hitch up the top bunk to the wall and sit for 5 hours in semi darkness as a gentleman slept through the rest of the journey in the lower bunk opposite it us. An interesting journey that!

Jaipur is know as the Pink city of Rajasthan, named so for when it was painted pink (terracotta) for the arrival of Prince Albert many years ago. It’s also home to the amazing Amber Fort and the City Palace, both well worth going to visit.

You can take an elephant ride up into the fort but we decided to walk! 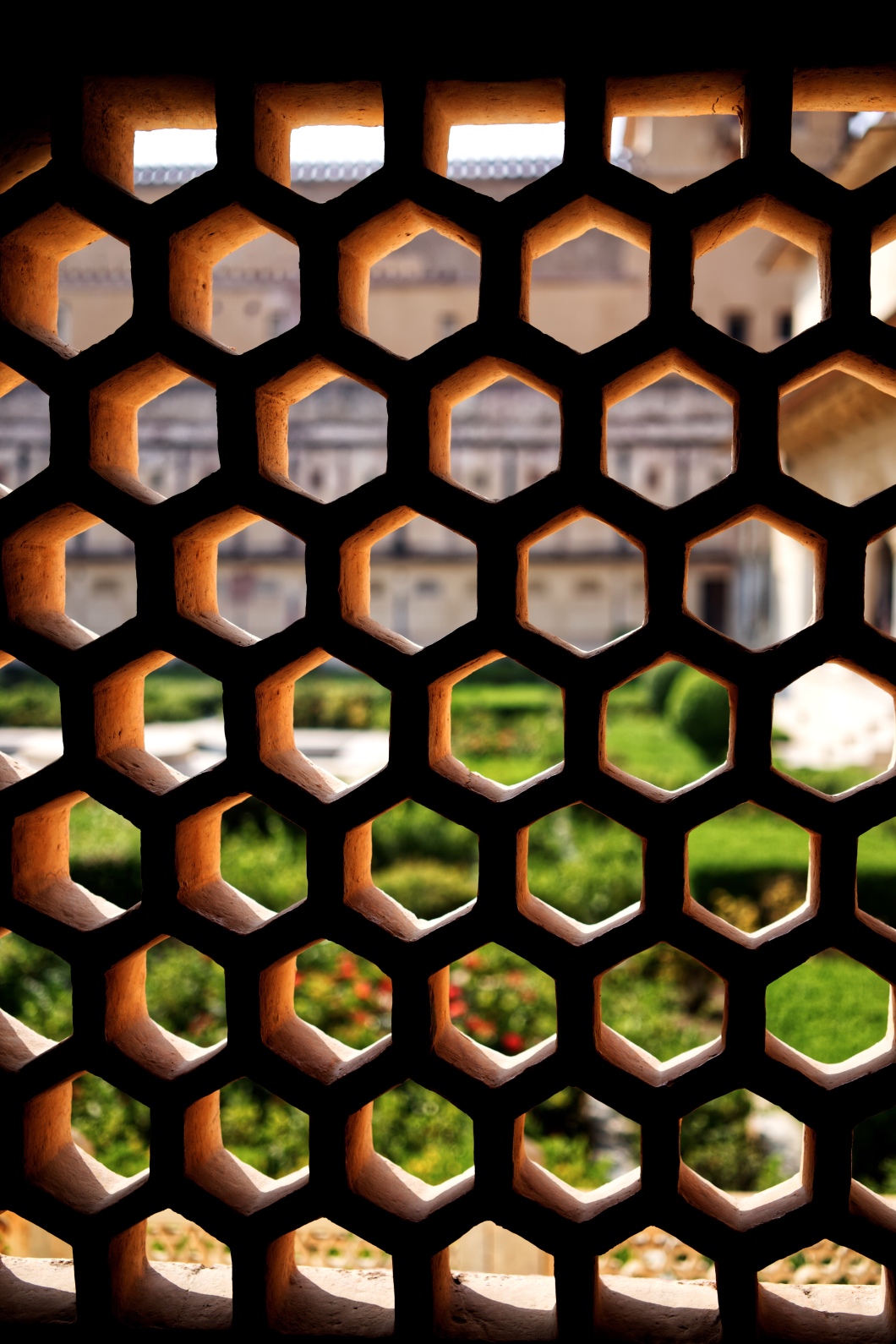 Inside the fort walls there are polished limestone walls and marble floors along corridors where a cool breeze flows.

The Amber Fort used to be the home of the Maharaja until they migrated to Jaipur a few kilometres away and moved to the palace. You can see the old Amber city walls rising up the hills around the fort like the Great Wall of China (only 14km long though)!

Heading back to Jaipur itself you pass the Water Palace (above), sat in the middle of a lake looking rather grand although said to be flooded four floors below the water line.

The City Palace is also an interesting and beautiful place to visit, with some of its helpful officials happy to pose for pictures too 🙂 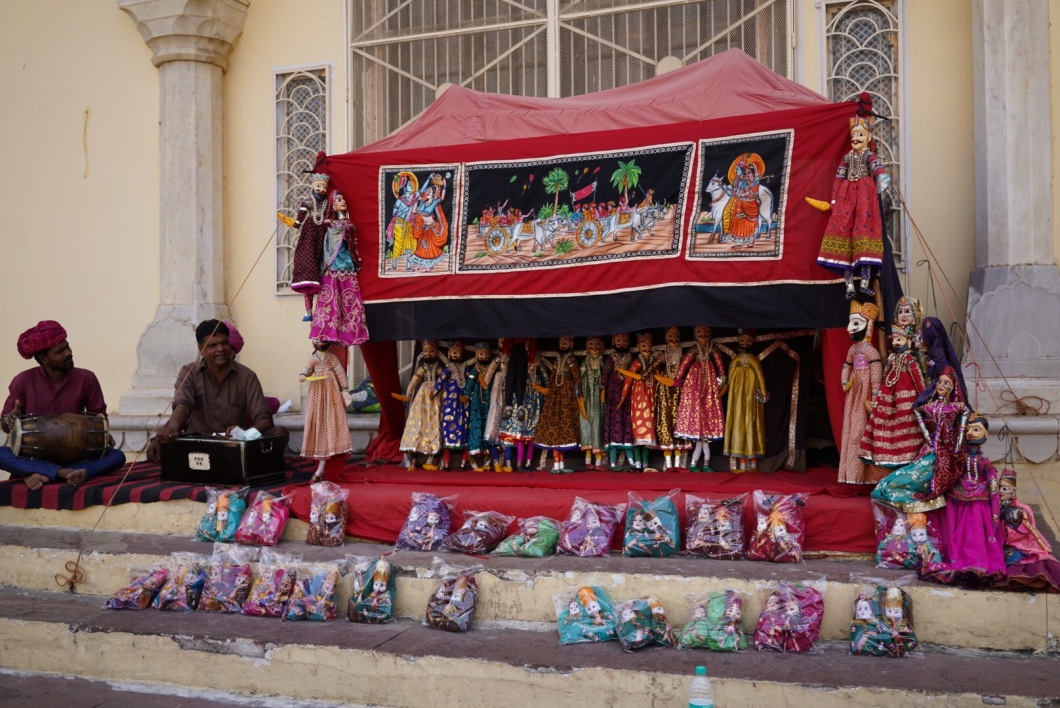 We saw a traditional puppet show complete with music and it included a rather clever Michael Jackson puppet cameo piece too! 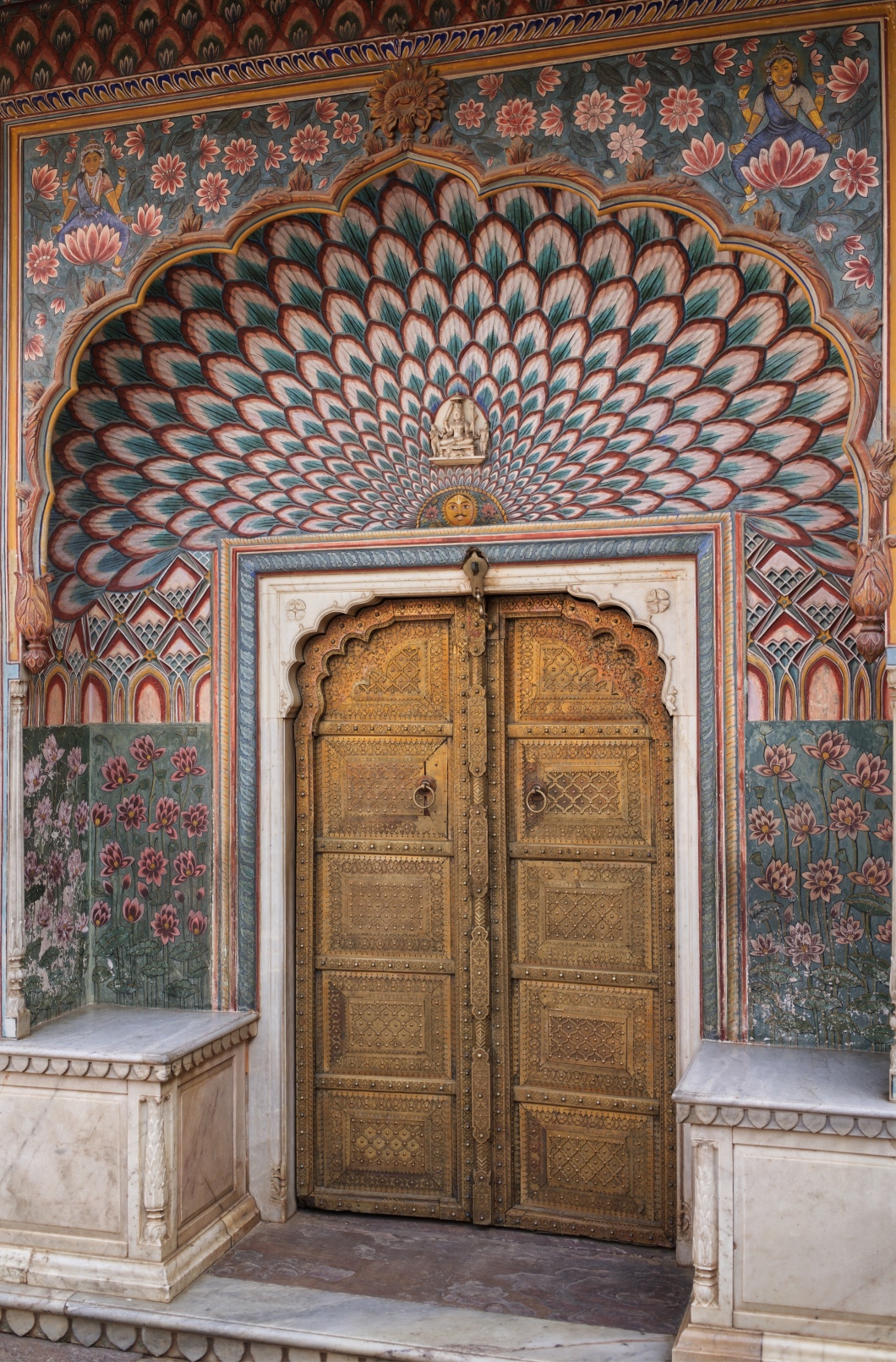